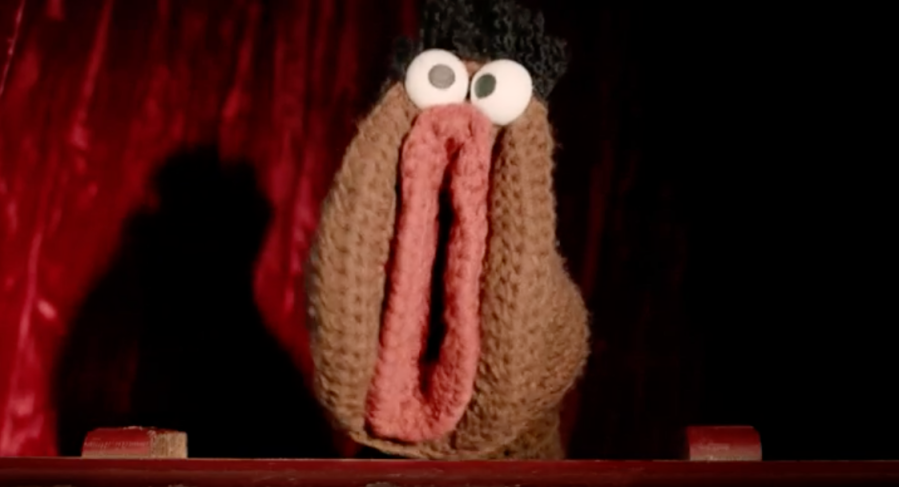 We analysed winning films from this year’s London International Awards to find out.

Whenever sexism and the issue of harmful gender stereotypes in advertising comes up for debate, there’s always someone in the back who pipes up to rage that political correctness is stifling advertising creativity. That ou­r hyper-sensitive left-tard society of snowflakes are restricting creative minds from producing powerful, memorable and successful works of advertising. That advertising needs to be allowed the freedom to say what it likes, however it likes, in order to be creative. That the gender equality movement somehow suffocates creativity.

In indignant response, we decided to analyse all the film entries from this year’s London International Awards (LIA) against the Campaign Bechdel rules, to measure whether award-winning creativity correlates with gender stereotypes – or not.

Need a refresher of the Campaign Bechdel rules? An ad passes our test, if it:
• Has at least one unobjectified woman in it;
• Whose screen time is not devoted to a man’s story;
• And who has personal agency/her own narrative arc.

An ad fails the Campaign Bechdel test if it does not pass all 3 rules for a minimum of one featured female character. Essentially this means that there must be at least one woman who exists as more than a sexual object for the consumption of the other characters or audience; as more than a supporter or nurturer devoted to the realisation of a man’s goals or journey; and, convey at least some sense of having her own story.

Sounds generous, doesn’t it? It’s actually quite hard for your ad to fail on all three rules of the Campaign Bechdel test. You practically have to write your female characters as cardboard cut-outs to fail. Cardboard cut-outs with enormous bikini-clad tits. (If that prospect seems ridiculous – watch this: https://tiny.cc/sexpo)

Why does quality female representation in advertising matter? Because there’s both cultural and commercial benefits to be reaped.

Realistic portrayals of women increase purchase intent by 26% overall and 45% among women. When women make the decision in purchases of 92% of holidays; 91% of homes; 80% of healthcare; 93% of food; and 89% of bank accounts, the business case is crystal clear.

(And if you’re wondering why the 2019 LIA film winners are being used as the sample group to test this hypothesis: The London International Awards are one of the industry’s premier creative excellence awards, and have just announced winners this week, making the sample recent and relevant.)

Of the 20 unique films that won a Grand, Gold, Silver or Bronze LIA Award, women were featured either as the protagonist, featured talent, or background talent in 18 of them. (The two that featured zero women were Apple’s ‘Group FaceTime’ ad featuring an international video chat between the world’s lonesome Elvis impersonators; and Smart ForTwo’s ‘Perfect Fit’ ad which used mostly objects and animals to convey the satisfaction of fitting perfectly into a parking space.)

Of the remaining 18 ads, only 3 failed on one rule (all for featuring women whose screentime was devoted to a man’s story), and none – ZERO – failed on all 3 rules.

This is a pretty exceptional result, with the gleaned data categorically demonstrating that ads free from sexism, one-dimensional female characters and stereotypes are also the most creatively-recognised and awarded advertising in the world.

Some notable points from the analysed ads:

Libresse’s Grand LIA-winning spot, directed by Kim Gherig, ‘Viva La Vulva’, did feature female nudity, both abstract and photographic. Though, for an ad that featured multiple visual metaphors of female genitalia, these depictions never veered into slobbery sexual objectification: rather the whole ad set about to celebrate and destigmatise the vulva from its stereotypically taboo and objectified history.

The beer ad, traditionally the most sexist product category in advertising, did not fail our test. In Heineken’s ‘Unmissable’, we see multiple vignettes of people watching soccer and being somehow distracted during a key goal-scoring moment. Only one vignette featured a female protagonist *just* missing a goal-scoring moment, but she isn’t objectified, her screentime was devoted to her story, and she clearly has her own narrative arc in her just 7 seconds on screen.

Though Mercedes Benz hinges an entire film on the historical retelling of Bertha Benz’ 1888 first test drive of “her husband’s invention”, it keeps an old story feeling fresh by making Bertha the protagonist, and a bit of a feminist icon to boot.

Michael C. Hall stars in the Skittles’ musical ‘Broadway the Rainbow’ (yes, you read that right), and although he is the main protagonist, the female featured talent around him are written as colleagues and collaborators, not eye candy or love interests, and clearly add their own narrative arcs to the pure madness of a Broadway show honouring a candy brand.

It’s tricky for fashion campaigns not to be objectifying, especially ones that mine Instagram and influencer culture. Diesel’s ‘Be a follower’ series of ads feature sexy, glam, and aspirational women (and men), who come across as desirable but not objectified. They live life in servitude of their Insta feeds, consumed by their fans, image by image; regardless, in these ads, the influencers are always clearly in control – it’s their call to live this way. These ads are a good example of how power and choice need to be threaded into characters, scripts and production treatments in order to avoid problematic cliché’s.

In the Canal+ spot ‘Mission Really Impossible’, we see very literally an old version of the famous spy film. An octogenarian Tom Cruise slowly and unsteadily does his spy thing, with the support of an elderly female assistant. Her story is devoted to elderly Tom Cruise’s story, which is in line with the inherent sexism of the real films; however, at least the ad doesn’t objectify her, and her brief reaction shots convey a fuller narrative arc behind her faithful service.

The most problematic ads of the bunch were the two Snickers’ ‘Not Smooth’ films. These, in our opinion, are the least worthy award-winners of the bunch, especially compared to the craft and originality of previous ‘You’re not you when you’re hungry’ ads. In these spots, the featured female talent are called “boring” at a terrible party, spoil the fun for some inept bank robbers, and pretty much exist to hand the hero male a Snickers to remedy his shitty behaviour.

The two Spark ads, ‘Wedding Speech’ and ‘Generation Voice’, are both magnificently directed by Christopher Riggert, who creates complex, multi-dimensional characters with every frame of film. In lesser hands, the bride in ‘Wedding Speech’ could have been a tired “bridezilla” stereotype, which would have impacted the pure watchability, emotion and entertainment of the overall result.

The last ad worth mentioning is the John Lewis&Partners Elton John story, ‘The Boy & The Piano’. Another beautifully crafted ad, this spot tells the story of a Christmas gift that changes a boy’s life. Elton John’s mum appears as the gift-giver in this story, with her moments on screen devoted to watching and supporting her son’s hero narrative arc – so technically this ad fails on rule two. However, there’s an argument to be made that Elton’s mum’s screen time conveys her emotion and personal enjoyment at watching her son’s growth as an artist over many years, makes her devotion feel less servile, and rather comes across as a self-motivated choice. While the nurturing-mother-enabling-the-male-genius trope makes an all-too-frequent appearance in many stories, here the director’s choice to convey Elton’s mother’s perspective of her son’s journey over time makes her characterization feel appropriate to the reality of their story, and more fully rounded than a typical supporting female character’s role.

Now that you’ve read all the analysis, you can watch the ads here: https://tiny.cc/liawinners2019

They’re all the product of many clever brains working hard to tell original stories that connect with their audiences, and of course their wallets. And that’s ultimately point, isn’t it? Famed adman Lee Clow once advised: “Don’t interrupt the thing that interest people – be the thing that interests people.” Engaging your audience and creating award-winning ads shouldn’t need to rely on trite stereotypes or objectified bodies to sell stuff. Great creativity needs to deeply interest people, all people; and be authored by an inclusive range of people to ensure we are telling effective, interesting stories in a compelling and respectful manner. Research has already proven that there’s cultural and commercial power in advertising that’s free from sexism and stereotypes – now, we’ve demonstrated that better female representation does equal greater creative power too.

The statistics and research quoted in this article were sourced from SeeJane.org, Women’s Health Victoria, RMIT, girlpowermarketing.com, and Harvard Business Review.

This site uses Akismet to reduce spam. Learn how your comment data is processed.